Types of Bacteria in Buildings

Bacteria are organisms found in every home, building and office. They can survive in rocks, oceans, soil and even volcanoes. The types that are prevalent in our surrounding depend on a host of factors. Some live with other organisms, while others exist on their own. Like moulds, an increase in their level can pose threats to our health.

This article focuses on the types of bacteria in buildings and a few inspection methods you can use to spot them.

Most building bacteria are brought in by the occupants of the space and the outside airflow. There are also gut-associated bacteria such as clostridium, staphylococcus and lactobacillus that are common in bathrooms. Extensive research on the topic shows that the types of bacteria in a building are primarily dependent on the ventilation.

With the heat and unfavourable conditions in a building, you would expect these types of bacteria to have survival features. Most of them form endospores which are resistant to chemical and physical heat, disinfectants and UV radiation. Therefore, many bacteria that produce endospores are tough to destroy.

The most common ones include Bacillus anthracis that causes anthrax.

There are five categories or types of bacteria based on their shape and reaction to strains;

Some types of bacteria that can cause serious harm to us include;

Since bacteria are present everywhere we go to; we must know how to inspect buildings and test samples for bacteria. The inspection process should come before testing.

In looking for bacteria in buildings, the two types of inspection are;

Food, surfaces, water, air and metalworking fluids in buildings need to be tested for bacteria to ensure a clean and hygienic environment. Samples from parts of the building are collected and taken to a lab to identify whether or not they are contaminated with bacteria.

Buildings are not exempted sites for bacteria to inhabit. Several types of environmental and building bacteria can live and cause severe illnesses to humans. Knowing them, their symptoms and the possible threats mentioned above should help you make changes to your hygiene practices in buildings. 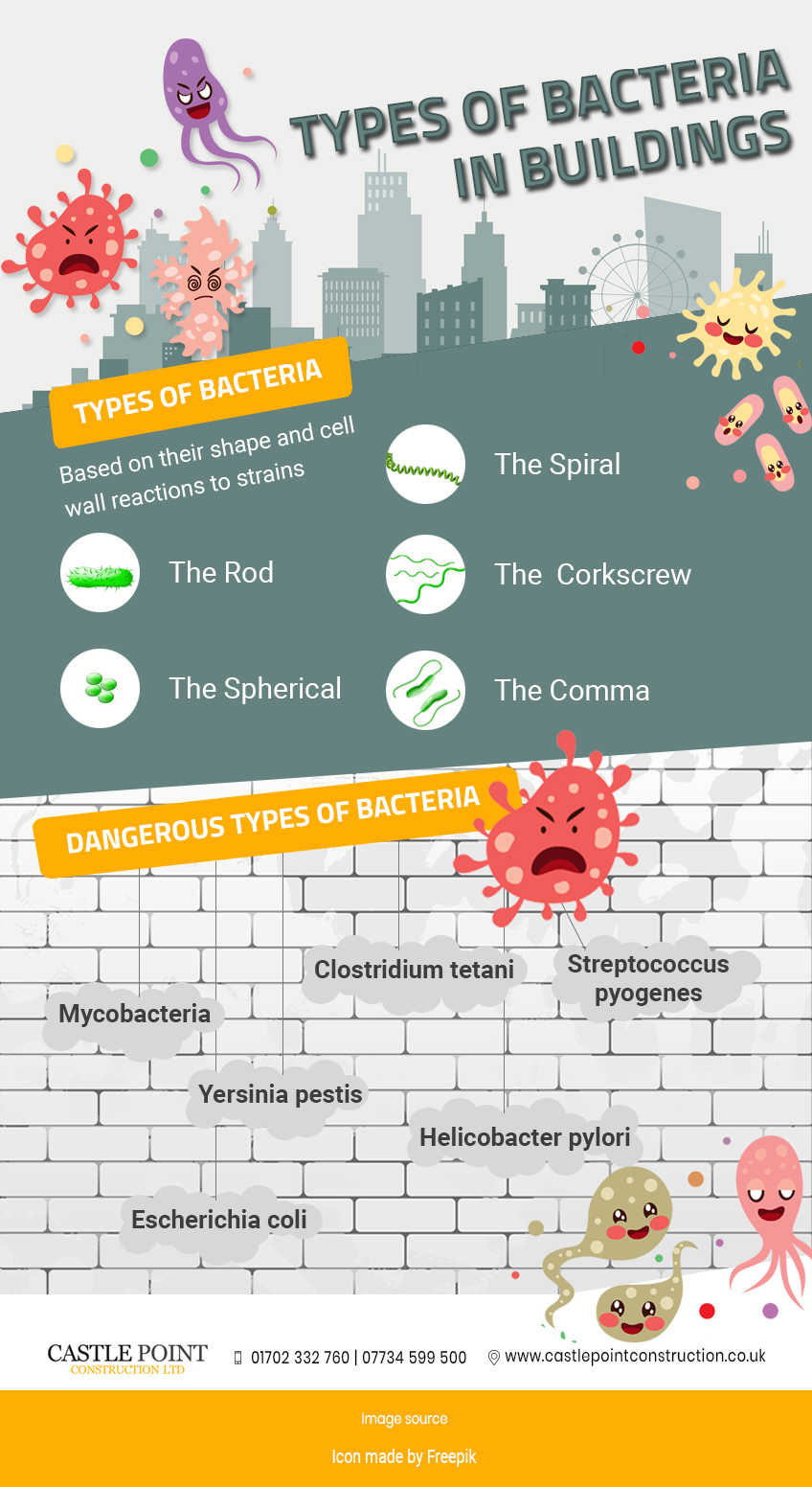